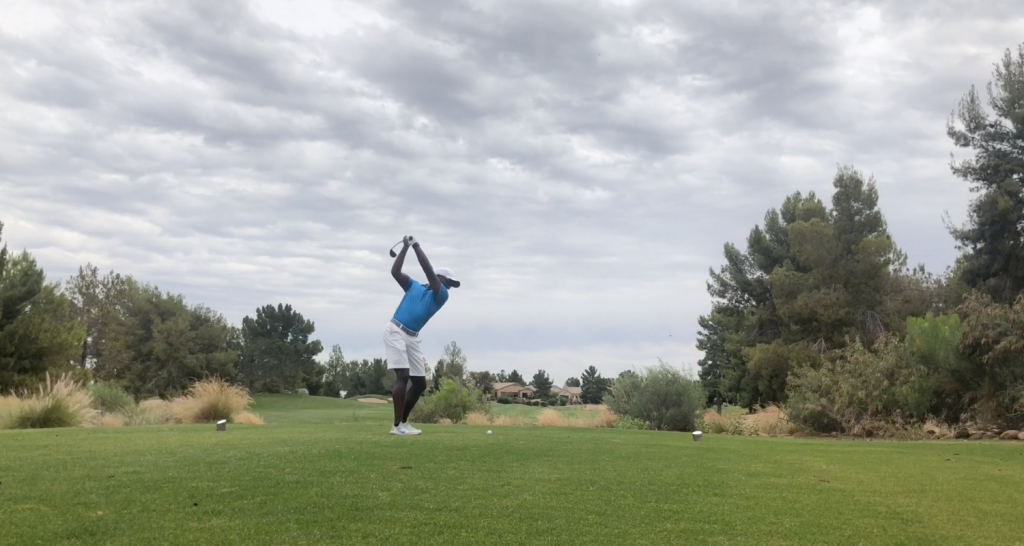 My name is Kennie Elerby (my friends call me "Kennie Kat") and I’m going to become great at golf.

I know that’s something that’s thrown around frequently in this sport and often it carries absolutely no weight with it. I’m not professing this so that you will believe me. I’m saying it so that I hold myself accountable to my goals.

So what exactly does great mean?
Become A Scratch Golfer? Join the PGA? Win the masters?

I'm on a journey to become a better golfer.

I believe that by sharing my story, I will inspire other golfers to improve their game. It will encourage others to learn, practice and improve their skills. You'll see all my ups and all of my inevitable downs, but ultimately, I will persevere through this journey and become a much better golfer along the way.

My first Round Of GolF

I picked up a golf club for the first time in my life at the ripe young age of 28 at a prestigious golf course in San Diego on Feb 3rd of 2017.

No. It wasn’t Torrey Pines.

I was instantly hooked. I think I ended up losing an entire box of balls. Correction, I lost 1 sleeve. I was sharing the box with another first-timer who had lost so many of his balls that he needed to use some from my 2nd sleeve. I digress...

After the round was done, I knew from that point that I was going to do everything and anything in my power to become great at this sport because I am definitely not someone that accepts doing anything to an average standard.

I played every chance I could get with anyone who would suffer my terrible shots and through lots of hours on the range I somehow managed to hack myself down to a 17 handicap and this is where I thought I was improving enough to undertake the challenge of my first golf trip.

This 7000 yard, Par 72 course with a rating of 73.4/129 showed me that everything I thought I knew about golf, at the time, was incorrect. This course punished every terrible shot that I was getting away with on much easier courses. I didn’t understand my distances. The elevations, blind corners, fast greens, and wind opened my eyes and gave me a new respect for the sport. I shot a 119 for the first time since I had picked up a golf club!

I was back to the exact same spot in which I started.

It was there that I decided it was time to get a coach. Get serious about real practice and learn this game properly by building a solid set of fundamentals that would hold up under pressure.

I moved to Arizona ("The Mecca Of Golf") and continued my efforts to become a better golfer. I practiced mornings, after work and on the weekends. I played as much golf as possible and one day while enjoying my routine weekend golf round with friends, something amazing happened.

I wasn't even aware it was happening. I opened the round with a birdie for the first time ever and I was off to a great start with 3 more pars, 4 sporadic bogeys and 1 more birdie. I've never felt more confident over the ball and my swing was as natural as ever. I have no swing thoughts. No expectations and absolutely no idea I was even on pace to break 80.

That is what golf was all about. I scurried along the back 9 making 4 more pars and a bogey in between and that's when it almost fell apart. I did that silly thing that all beginner golfers do and I looked at my score. It was the end of the 14th hole and I was 3 over par with 4 more holes to play.

I instantly became nervous and the fear of all the expectations began to take drive me. I walked out with a double bogey on the next hole.

My heart began to race because I was 5 over par and I knew 2 more bogeys would cost me my chance at achieving the elusive score of 70's. I could feel the swing demons growing. I ended up bogeying the next two holes in a row and it all came down to a Par 3 with an island green. I stood up to the tee box and after a small pep talk to myself, I let it ALL go.

It didn't matter what the result was. I made it incredibly far. Here I was, 2 years into golfing and staring down the loaded barrel of a 158-yard island green about to break 80. I took a deep breath, found my target and stood above my ball to execute my shot.

It was one of the purest golf shots I've ever hit and I knew the ball was good, the second it came off the face. I didn't even need to look at it, I could feel it. My group of playing partners stood in silence as this ball carried perfectly at the flag and landed 5 feet behind it. I lipped out the birdie putt and with a nice tap in, I let out a roar as if I was Tiger winning the 2019 Masters.

Feeling that pressure and still executing that shot. I realized that I had what it took to be a great golfer. It was no longer a matter of IF I could be great at golf, but WHEN I would become great at this sport.

Check Out These ARticles