Blade Vs Mallet Putters: Which one is best for you?

There are quite possibly an endless style and variations of putter head design and shafts. Well, I wouldn’t say endless, but definitely more than enough different heads and shafts that you'll ever be able to try in a lifetime.

But I suppose the same could be said about any club in your bag.

What are Mallet style putters?

Mallet putters are going to be any style of putter that has a larger size putting head with weight, attachments or a body that extends significantly behind the face of the putter.

They come in various shapes like square backs, fangs, have circles or even entire elaborate shapes behind the face. Mallet putters are also known to have larger markings and more space to give you alignment aids behind the ball as they have more room. 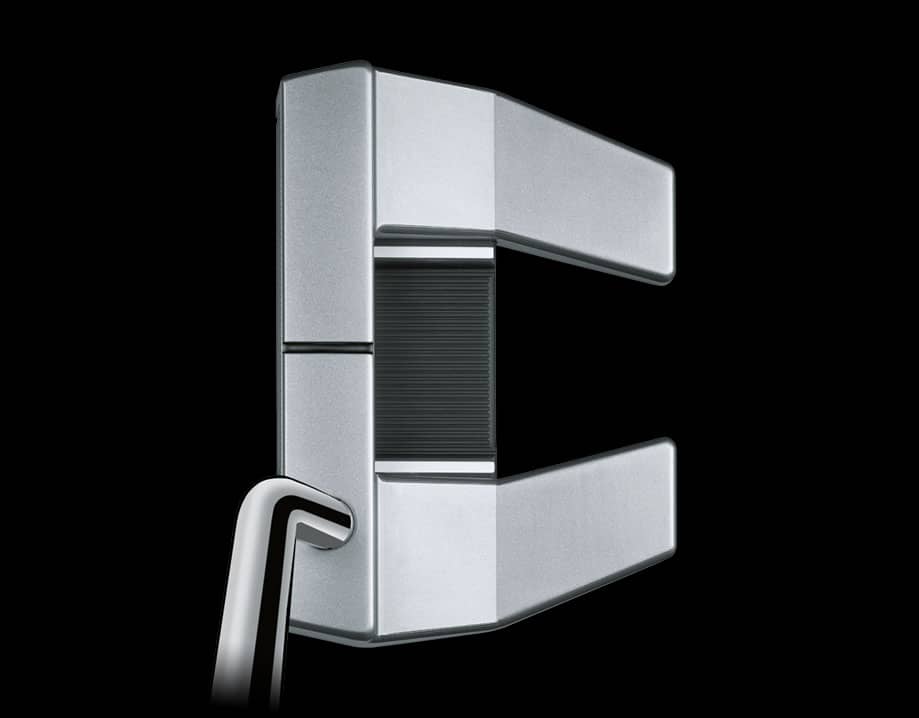 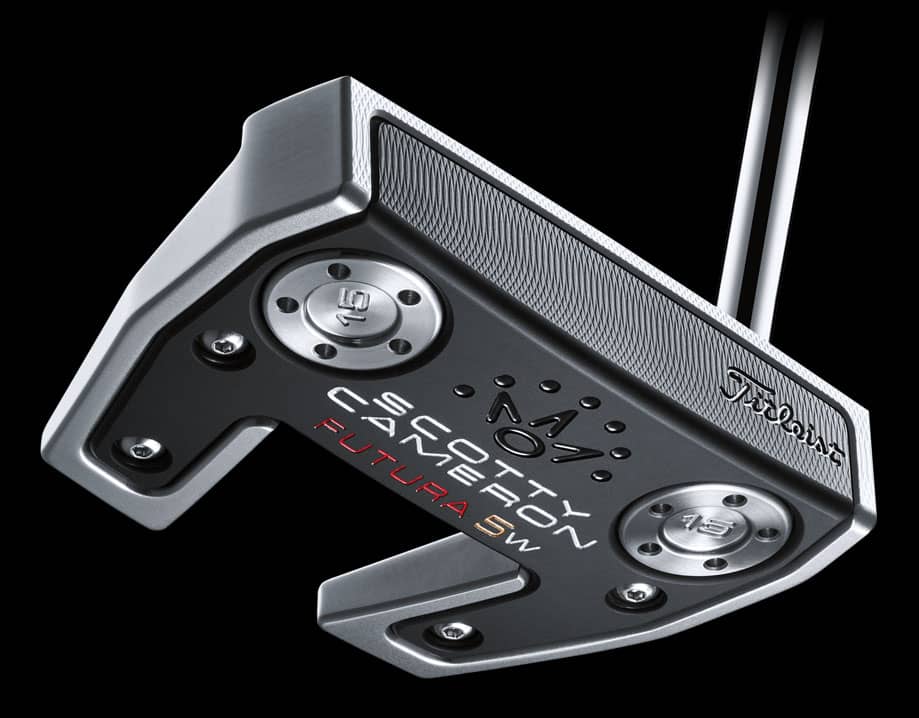 What are some of the benefits of Mallet putters?

Mallet putters will tend to have more MOI (moment of inertia) which is basically a measurement of a putter’s ability to resist twisting when struck on off-center hits.

If you hit a put off-center it will transfer less inertia to the ball causing it to roll a shorter distance.

The higher the MOI, the more "forgiving" a putter is on off-centered hits. This can help with distance control as hitting the ball a few millimeters off the center of the face won't result in as much distance loss as a putter with lower MOI.

What are blade style putters?

Blade style putters are probably the most common style of putter you think of and what "traditionalist" call a true putter. If you've ever been mini-golfing, then that putter is basically a blade, due to its flat shape and "blade-like" appearance.

The Ping Anser & Scotty Cameron Newport are pretty much what everyone thinks of when they think of a blade putter. 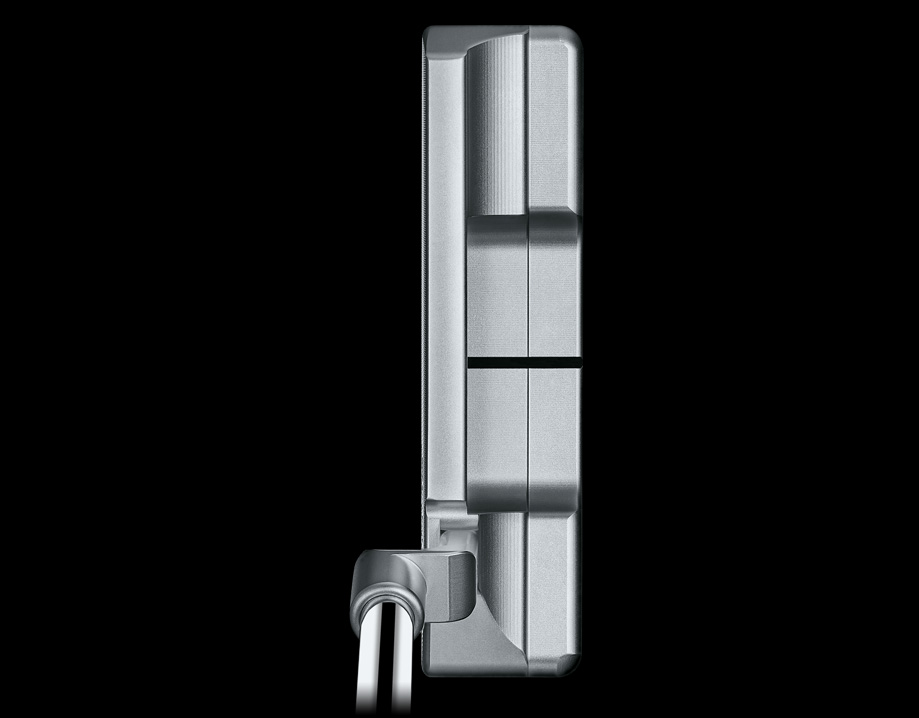 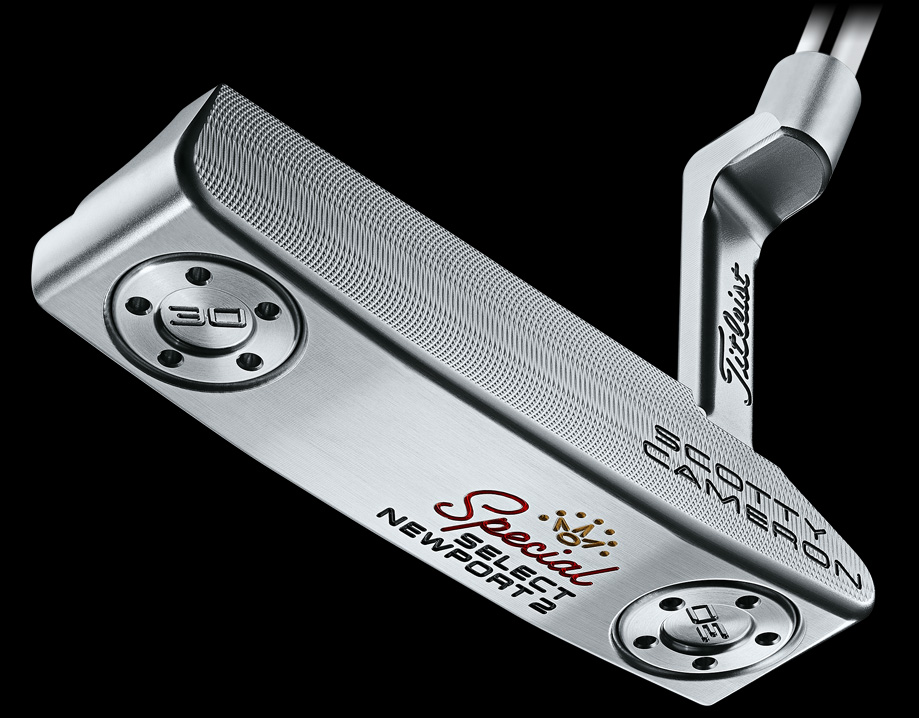 What are some of the benefits of blade style putters?

Blade putters are great for golfers that don't like a lot of clubhead by the ball and want minimal distraction while putting. There are many golfers that use the face lines of the putter to line up their putts and if they want clean lines, then a blade-style putter is the best.

There is also something to be said about a blade that has less forgiveness (MOI) and giving you more negative feedback when you don't hit a putt in the center of the face.

Similar to blade irons, you usually can feel the face twisting more on off-centered hits and you can definitely see the results as those putts tend to end up way short of the target.

There are many coaches and world-class players who would subscribe to the philosophy of not using a more forgiving tool if your goal is to become better.

Which putter is best for me? Blade or Mallet?

Putting is a very personal thing. You can look at any putting competition to see that there are 100's of styles, grips, and putters. All of which are unique to that individual golfer.

While I don't think there is a definite answer to this question, I have noticed that there seems to be a consensus of your stroke pattern in relation to a putter shape.

I've read Dave Pelz's giant putting bible and I've also read quite a few other teachings from some of the best putting coaches in the game.

Most would agree that everyone putts on an arc. No one is moving the putter in a straight back and forth line, but you'll typically hear this as an idea:

If your arc is more straight, then you should use a mallet putter

If your arc is more curved, then you should use a blade putter.

This ultimately comes from the idea that most blade putters have toe hang and most mallet putters are face-balanced. Which is essentially a simple way of saying how much your putter head swings open or close during your putting stroke.

How do I know how much putting arc I have?

The easiest way is to go to a putter fitting, but if you're looking for a crude way of doing it, I would recommend having a friend slow-motion video your putting stroke overhead. You'll easily be able to see if your putter head moves on a small arc or large arc.

If you pull a lot of putts, then your face is closed at impact. This typically occurs when you have a shallow arc.

If you push a lot of putts, then your face is open at impact. This typically occurs when you have a deeper arc.

Phil Kenyon, who is regarded as one of the world’s best putting coaches, has a product line called Viso that works with a visual putting arc mat. He suggests that most golfers have a medium to slight arc.

What are some popular blade putters?

When you think of a blade putter in golf, most people commonly think of the Scotty Cameron Newport series.

You’ve seen everyone from Tiger Woods to Brooks Koepka use this specific brand of putter. The shape itself is inspired by the Ping Anser, but like many things in golf, no idea is entirely unique.

Jack Nicklaus is also most notable for using an oversized blade putter and probably is the golfer who made this style of putter such an iconic golf instrument. 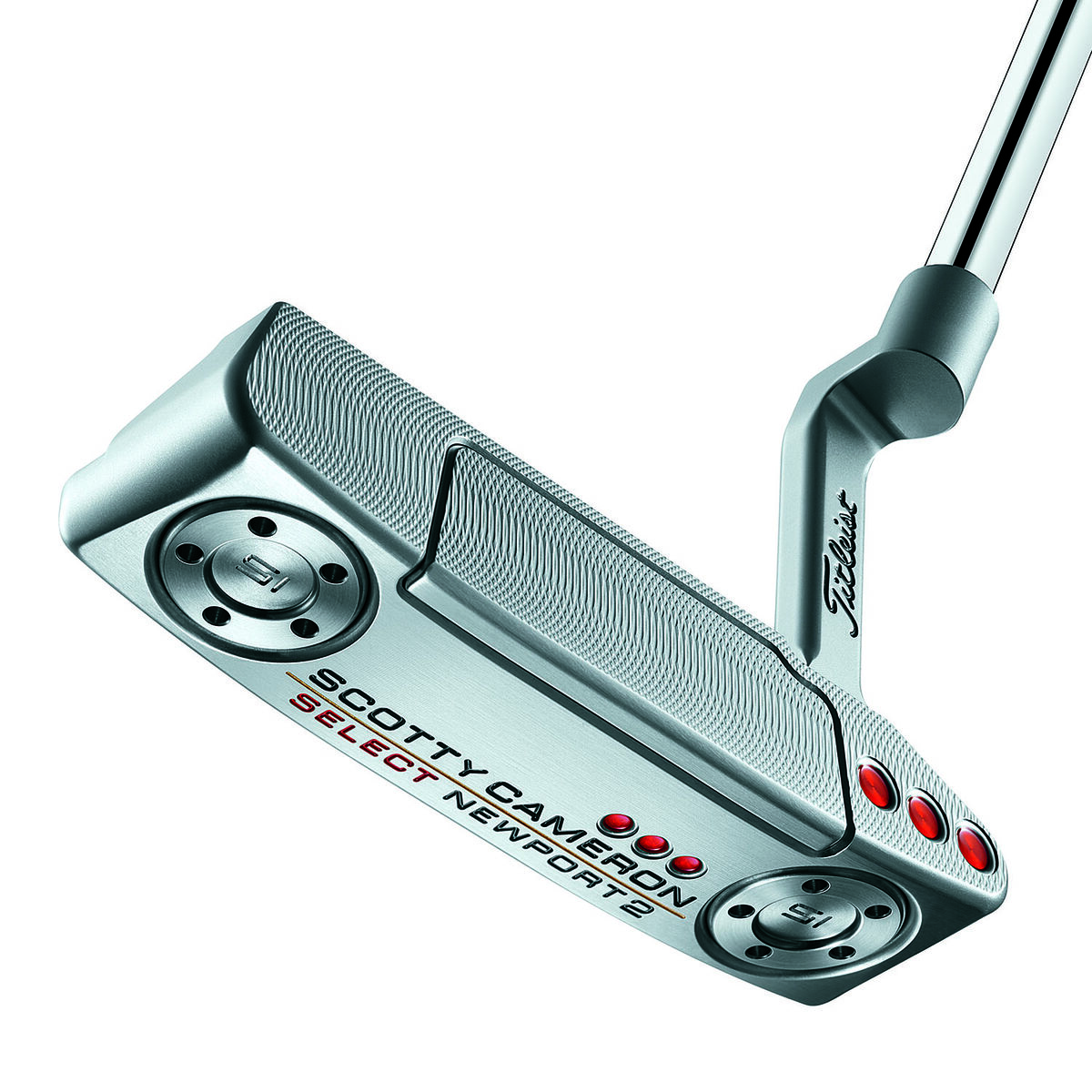 Whare are some popular mallet putters?

There are quite a few notable golfers that are using mallet-style putters and racking up some wins on tour.

Justin Thomas is one of the first ones that come to mind. He’s stated that he’s used a blade-style putter most of his life, but of his recent wins have come with a Scotty X5 which employes more of a “fang style” mallet.

Tiger Woods was recently seen using his TaylorMade Ardmore fang style mallet after his return from his back surgery.

But the most notable mallet putters that you’ll see on tour today is the Taylormade Spider. It’s become synonymous with mallet putters in today’s golfing circles. 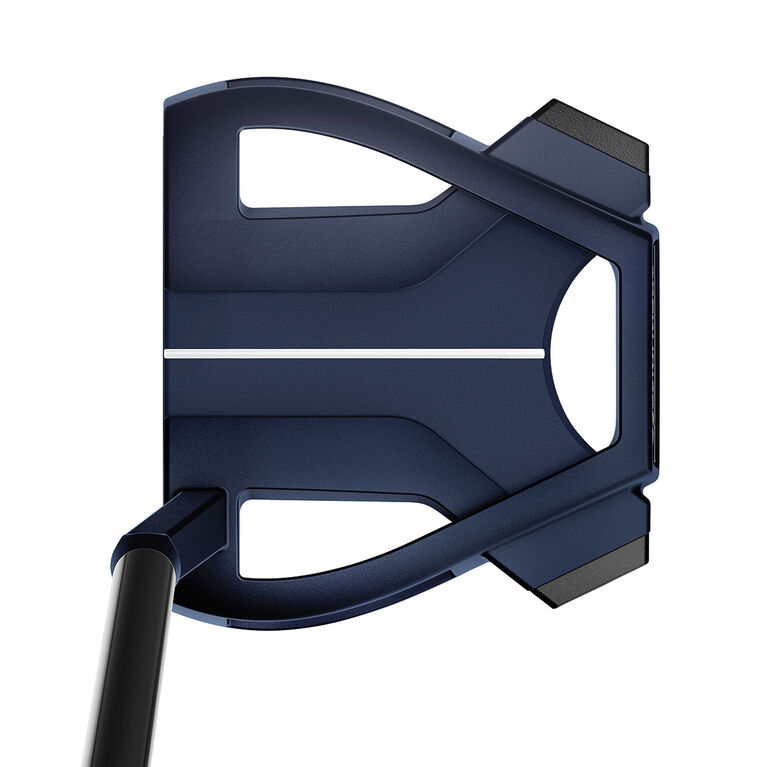 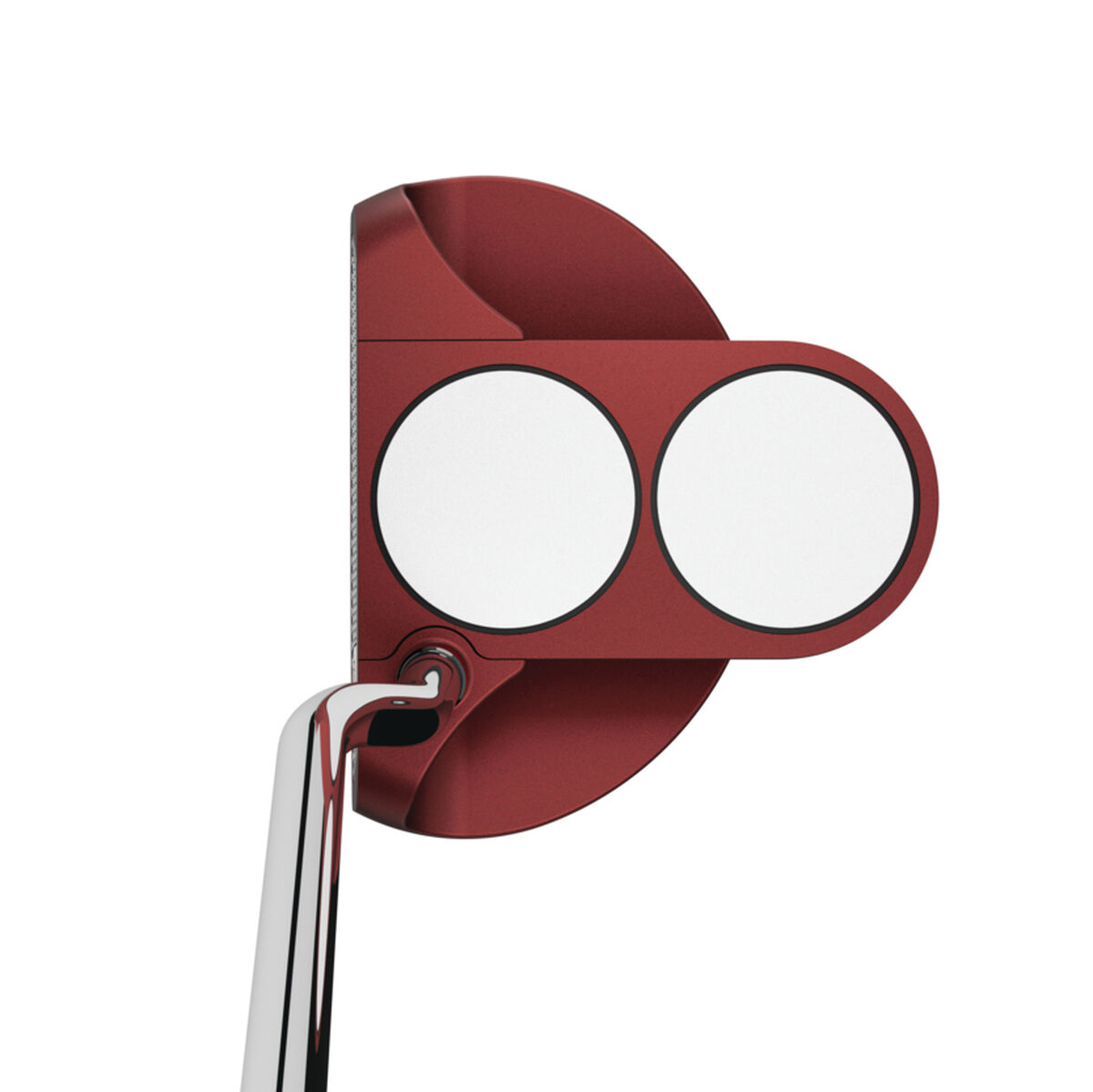 To answer the question of, which is best for you? There is no real answer. We all choose putters and golf equipment based on how we feel about the way these clubs make us look and perform.

As long as you get something in your hands that is properly fit for your style of golf, I don’t think you’re going to go wrong with either a blade or a mallet putter.