What are the lofts for wedges

Wedges are the clubs that you commonly see with letters on the or two numbers. Wedges are used for shots around the green, out of bunkers and on short shots into the green. They are the tools that are commonly associated with a player’s short game and typically used from 125 yards of the green.

Wedges come in a variety of lofts for different heights and distances of shots.

What is loft on a wedge?

The loft is the angle at which the wedge faces when setting up to the golf ball. The loft of the wedge is the largest factor in how high the ball will launch around the green and how far the golf ball will roll out after landing on the green. 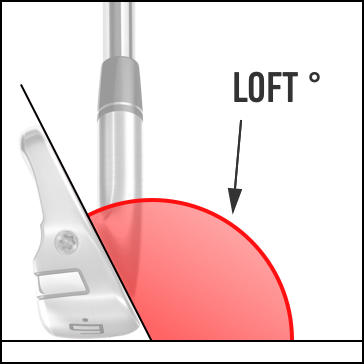 The pitching wedge is the club that comes after your 9-iron and is usually a club that most golfers purchase in the same style as their set of irons. The lofts can get as low as 45º in some modern game improvement wedges and high as 50º in some older sets before manufactures started to increase the loft on clubs.

The Gap wedge and Approach wedge are the same wedge. You’ll see some full sets an A on the wedge as you typically use this loft of a wedge to make full approach shots into the green. It’s more commonly referred to as a Gap wedge because it fits into the “gap” between your pitching wedge and your sand wedge.

Earlier, more “traditional” clubs had much lower lofts than the clubs we use today, so a 9 iron would be closer to the lofts of today’s pitching wedge. As manufacturers increased the loft for clubs, a gap was created that need to be filled.

The sand wedge is exactly as the name implies. It’s the loft of wedge most commonly used to get out the sand traps around the green. The increased loft of the club allows for a golfer to dig deep and “wedge” the club between the ball and the sand while still providing enough loft to pop the club out of the sand.

There are many golfers, myself included, that use a sand wedge for basically every wedge shot around the green. Tiger Woods commonly uses his Sand Wedge to chip around greens and doesn’t carry a gap wedge.

The lob wedge is the highest lofted wedge that a golfer will carry. These wedges are usually reserved for players with better ball striking ability as the loft requires a lot of speed to get the ball to go a short distance and the room for error is much smaller. The lob wedge is the loft that you usually see Phil Mickelson performing his well known “flop shot” with where the ball launches very high in the air but travels on a short distance.

It’s a very skilled shot that is high reward but very high risk.

While this is still technically just a lob wedge, I feel that it needs its own category due to how rare it is. At these lofts, the club appears to be laying flat to the ground and definitely not something that you’ll find in most amateur golfers’ bags. If a regular lob wedge is a high risk and high reward then an ultra lob wedge is mostly just risk for most golfers.

Like any lob wedge, the loft will allow players to get the ball really high in the air with a lot of spin that will allow the ball to land on the green with minimal roll and even in some cases spin backward.

Dustin Johnson plays a 64º lob wedge because he tends to have a more shut face and takes loft off the club at impact. Solution? Give him a 64º wedge with more loft!

Phil Mickelson plays a 64º lob wedge that you Callways produces in a special grind for him called the PM grind.