Save 5 Strokes Per Round With These Putting Drills At Home

There are a lot of good putting drills you can do at home and on the carpet, but before we get into the good stuff I just want to say this…

What would your score look like with 5 strokes shaved off your card?

Goal 1: Start your putts on line

This sounds very self explanatory, but I’m shocked at how many friends of mine that I see on the greens and they can’t seem to start their balls on their intended line. I don’t care if you can’t read greens or if you can’t control pace. At the bare minimum, you should be hitting the ball where you aim it.

Go down to your local hardware store or your local office supply store and purchase yourself a metal yardstick. Most of them have this little tiny dimple which will work perfectly for this exercise.

It’s okay if this is intimidating to you at first or very difficult to do. That means this is a skill that you don’t currently have. If your face is not square at impact, then the putt is going to fall off of the yardstick. 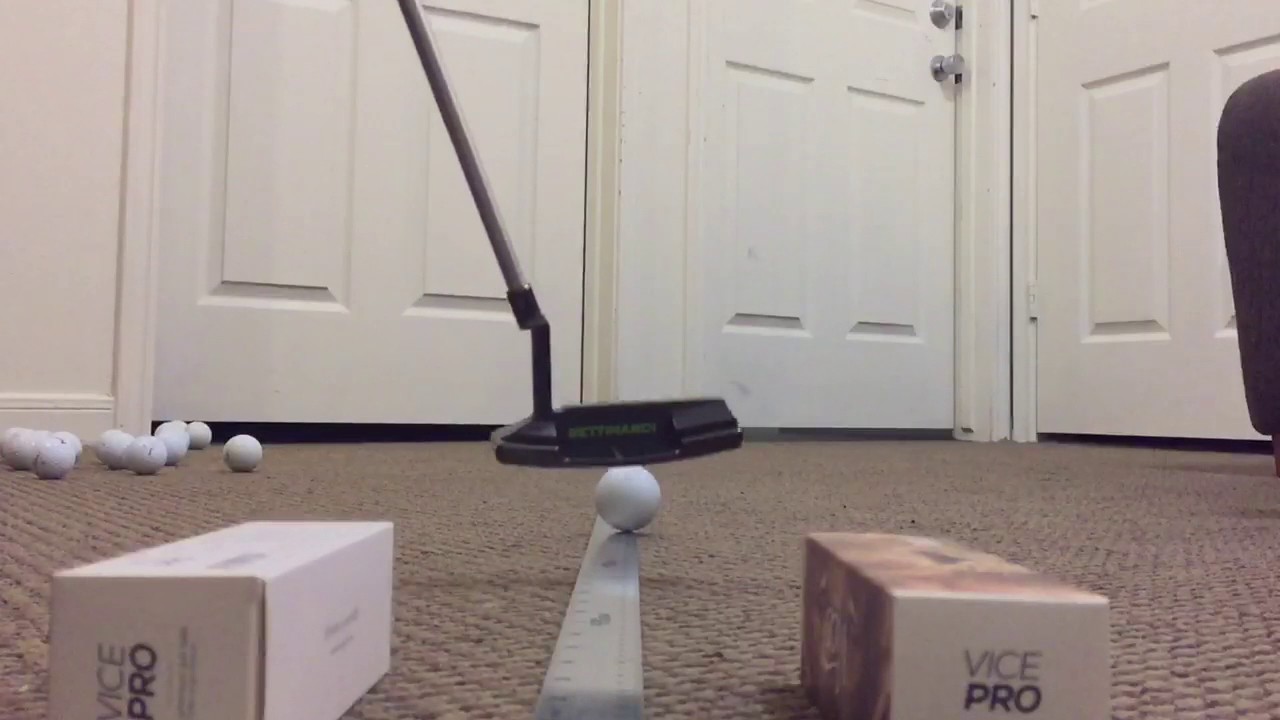 You’ll eventually learn through trial and error and experimentation with your putting stroke how to square your face at impact and get the ball rolling straight.

Goal: Try to complete 3 in a row first. Then graduate to 5 in a row. Then see how many you can do in a row and try to break your record.

Goal 2: Hit your putt at the right speed

Some might argue that this is the most important goal and I would 100% agree.

I don’t think the average golfer really appreciates how difficult putting is because we only see highlights of pro’s draining putts from 12+ feet which gives the average person the impression that they should also be doing that.

Tiger Woods wanted to make this 12 foot putt to solidify his 2019 Master's, comeback of the century, win more than any putt he's probably wanted in his entire career.

But the reality is that from 10-15' the PGA tour average is only about 30%. The most important thing isn't that he missed the putt. It's that he hit it with the perfect pace and left it a foot behind the hole

You'll need a putting mat of some sort

Increase the difficulty and see if you can get the ball to stop in line with the quarter.

The goal isn’t to hit a specific target but to make sure that you’re consistently rolling your putts to the correct distance. The goal is to get a feel for the length and speed of your stroke.

This will be important for controlling distances on longer putts because in theory you only need to double the distance of your putter in order to hit the ball 20 feet and triple that for the ball to travel 30 feet.

If you can start your putts on line and hit them the right pace, you’re going to save yourself 3-5 strokes per round.